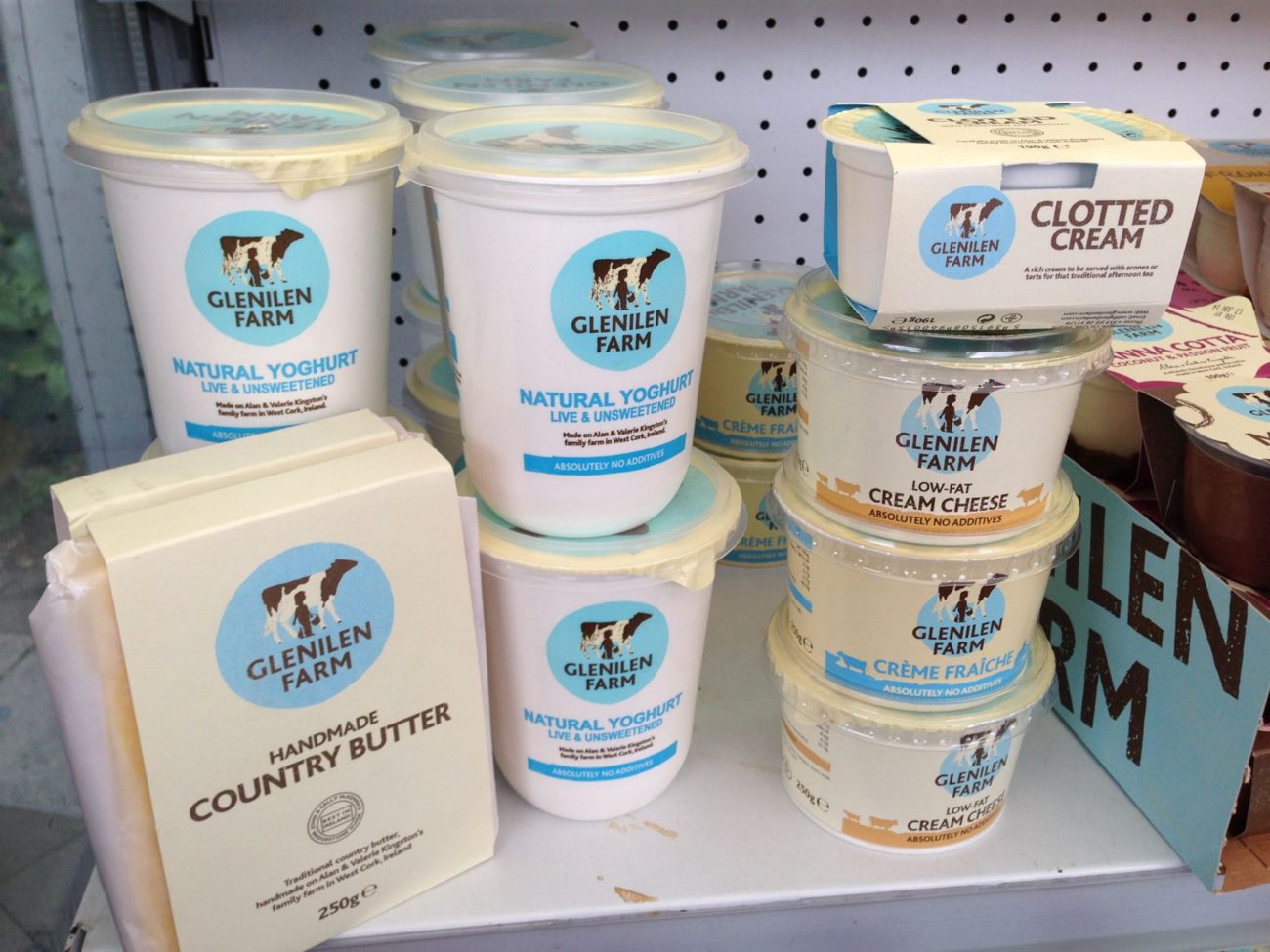 It would be hard to find a country where people were more in love with dairy products in general than Ireland. Historically this would have had a lot to do with the herding lifestyle of the early Celtic peoples who settled here. Cows were essential to Celtic life as both food source and a symbol of status and property; the greatest of the mythological conflicts of ancient Ireland, for example, the conflict between Ulster and the southern provinces, was caused by a disagreement over Who Had The Best Cows that led to the famous Cattle Raid of Cooley.

All those cows meant a lot of milk, and the ancient Irish had hundreds of ways to use it besides just drinking it. The great 8th-century food poem The Vision of MacConglinne speaks of “very thick milk… milk of long thickness, milk of medium thickness…” and describes numerous other variations that a modern dairy fan would instantly recognize as pouring yogurts and cottage or curd cheeses.

Most cheesecakes in Ireland in previous centuries were made with curd, and are referred to in period cookbooks as “curd cake” or “curd pie”. The cheesecake made with cream cheese seems to have been a fairly recent development, possibly backward-migrated to Ireland from North America.

Tastes do shift over time, and the older curd-based versions of the cheesecake have become hard to find in Ireland. Most Irish home bakers and professional bakers alike prefer to work with ready-made commercial cream cheese instead of the curds that are the cream cheese’s early stage. (However, recent immigrants to Ireland from central Europe have brought their own curd-cheesecake recipes here with them, and many Irish supermarkets and local stores in places with significant Polish, Slovakian or Czech populations are now routinely carrying such central European curd cheeses as tvarog.)

With more modern Irish tastes in mind, our Baileys cheesecake’s basic recipe comes from the famous New York restaurant of the early twentieth century, Lindy’s. Though the original Lindy’s went out of business in 1969 without ever formally releasing the recipe for their famous dessert into the wild, a recipe for the cheesecake turned up in Sunset Magazine in 1951. Bearing in mind Sunset’s strong reputation as a reliable recipe source in the 50’s, it seems likely enough that the basic recipe is very close to the real thing. (Please bear in mind that while there are a fair number of “Lindy’s” recipes floating around on the Web, many of them are not accurate transcriptions of the Sunset recipe: one or another ingredient often falls out — the vanilla beans, for example, or the cream. Our version of the recipe goes back to the original, and then adds the Baileys and other ingredients for its marbling.)