Not so nutty: Fruitcakes in Ireland 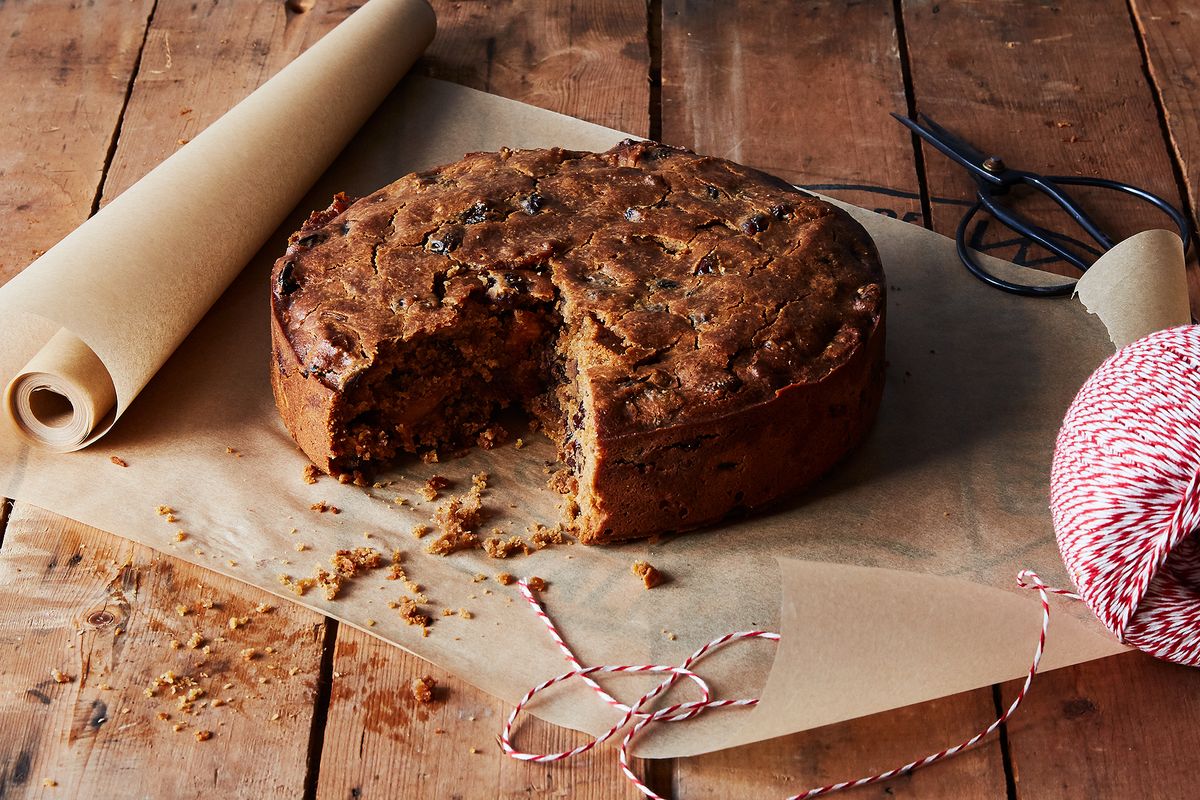 Cakes rich in fruit have always been popular in Ireland, for a number of reasons. Initially it had a lot to do with household equipment. It wasn’t until about the middle of the last century that pretty much everybody in the country had an oven. Before that, cooks were limited to what they could cook or bake on the kitchen hearth. Cakes in particular had to be baked in “the little three-legged pot” — the lidded pot-oven (in North America sometimes referred to as the “Dutch oven”) that either sat right in the coals of the fire or hung over the fire by a hook. Many cake recipes wouldn’t work well with this treatment, but mostly fruitcakes do.

Inside the “fruitcake” envelope there’s a lot of room for variety, and Irish cooks got very creative over time with the ingredients. One favorite variation on the fruitcake theme was the so-called “porter cake”. Porter was an ancestor of today’s stouts, a lighter and lower-alcohol dark beer supposedly beloved of the porters and other early-morning market people who served the great food and meat markets of London and Dublin in the 1700’s — hence the name. Since Ireland had an active porter tradition of its own before Guinness came on the scene, it was only a matter of time before it made its way into the local fruitcakes, and the tradition very quickly spread downcountry.

Now there are hundreds of porter cake recipes scattered across the Irish cooking landscape. Most of them now call for Guinness since porter has historically been harder to find. These days, with many adventurous microbreweries making porter, you can bake these cakes to taste as they were originally intended — having been spiced to go with the lighter brew. If you use Guinness in our porter cake recipe, we suggest increasing the spices in it by about half, so that they’re not drowned out by the flavor of the stronger brew.