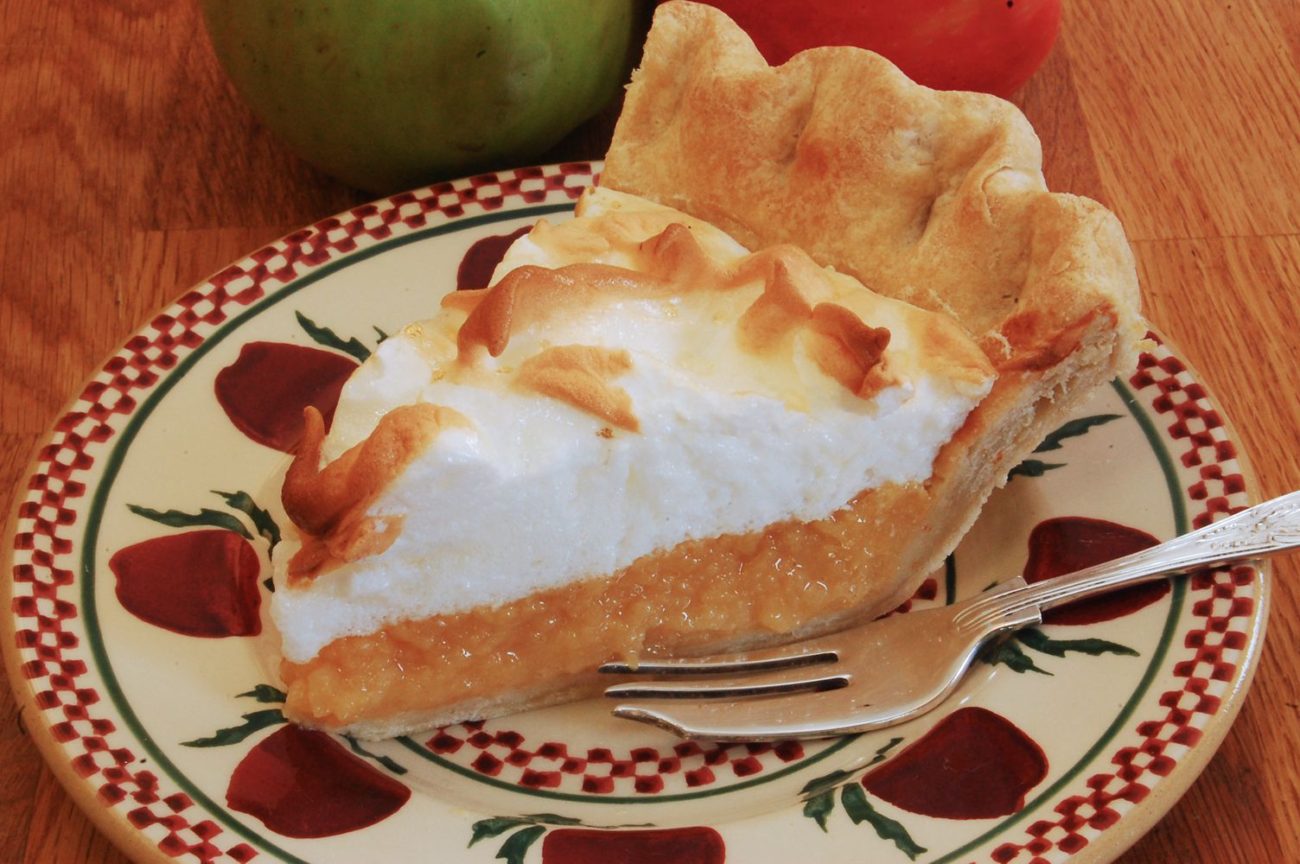 Apple Amber is one of those recipes that plainly involves the cook strolling out to the farmyard tree on a whim, pulling a few green cooking apples off it, and taking them back inside to quickly turn them into something unusually nice to end the meal. But the fact that the apples are cooked before baking suggests that this method was meant to work well with storage apples as well — fruit that had been put away in straw in the cold cellar to last until the first new fruit of the next summer and fall started coming in slovenska-lekaren.com read review.

Originally, apple amber was usually constructed as a crustless pie. The grated apple was briefly cooked, seasoned and sweetened (cider vinegar was probably used when lemons were expensive or hard to get) and then baked by itself in a pie dish. Then meringue was piled on top and the dish returned to the oven just long enough to brown it. More recent versions of the recipe call for the addition of a pie crust. We’ve used a crust on this version, as it does a nice job of soaking up the juices produced by the fluffy apple mousse as it bakes impotenzastop.it.