Based on the Irish working man's favorite drink, a cake rich with fruit and spice 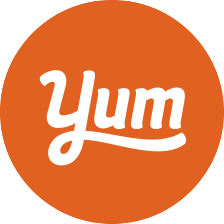 Somewhere along the line in the 1800’s, it occurred to somebody in Ireland that the dark beer called porter would make a good addition to the robust dark flavor of the standard fruitcake. That may have been when porter cake was born.

Porter cake usually contains, at the very least, raisins or sultanas (golden raisins): often dried candied peel (orange peel, lemon peel, candied pineapple, etc.), and sometimes even glacé cherries, come into the recipe as well. All the alcohol in the porter is of course driven off during the long baking period, resulting in a darkly rich-tasting cake which is another great standby for those who like to wheel out a well-loaded tea trolley.

A hint of you’re using Guinness in this recipe instead of porter: Increase the spices by about one half so they won’t be “drowned out” by the stronger flavor of the Guinness.